It is a more latest habituated group within Bwindi Impenetrable Forest in Ruhija part of this park. The group is fascinating with four silverbacks with Ndahura the 2nd youngest silverback being the leader. Except the dominant male, the silverbacks move together with two blackbacks belonging to this group. An association between Rukara plus Rukumu both silverbacks and Mugisha plus Obia both blackbacks and these associations are better seen during wrangles between the bigger males. 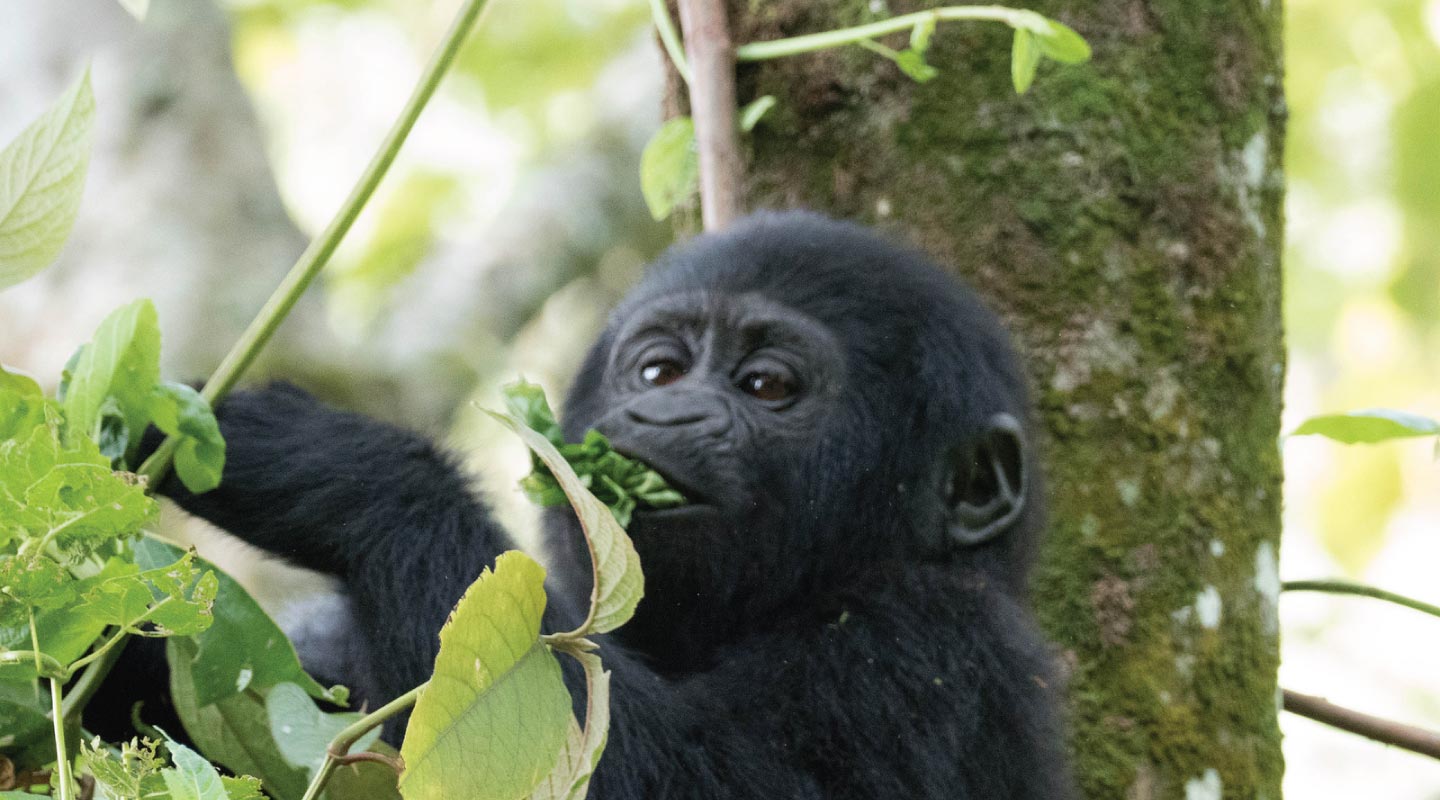 The Bitukura Gorilla group family learns quickly.  Normally it takes two years of habituation training but this group was ready for visitors in 15 months.  There are 14 members and a newborn arrived recently on the scene.

Gorilla groups gain and lose members and the Bitukura group originally consisted of 24 gorillas however other groups recruit, in the gorilla family there are feuds and some gorillas simply leave rather than fight.

Unlike some other groups, the Bitukura Gorilla Group gets along with one another.

In order to track the Bitikura Gorilla Group, it is best to stay in the Ruhija area of the park, if you do stay in Buhoma – you have to leave quite early in order to make the gorilla tracking orientation in time.