Like Bitukura family, Shongi‘s habituation started in 2006. Initially, this family’s size was as large as 32 members with multi-males but with time intra-male rivalry has caused dispersals of individual members as well as fission. In early 2013, two sections of family members split off the main Shongi group to form the Mishaya family in June 2010 and later again to the current ‘Bweza’ family. Unfortunately, Mishaya Silverback (who had solely led the first splinter section as an adult male died of an obstruction of the intestinal gut on 3rd February, 2014). This resulted into dispersal of the remnant family members as they had NO other adult male to take lead. Some of the members ended up joining Bweza family while others joined Bikingi family. Today Shongi group is composed of 7 individuals; 1 silverback, 3 adult females, 1 sub-adult, 1 juvenile and 1 infant. Shongi family is headed by Bweza and found in Rushaga tourism sector of Bwindi Impenetrable national park. 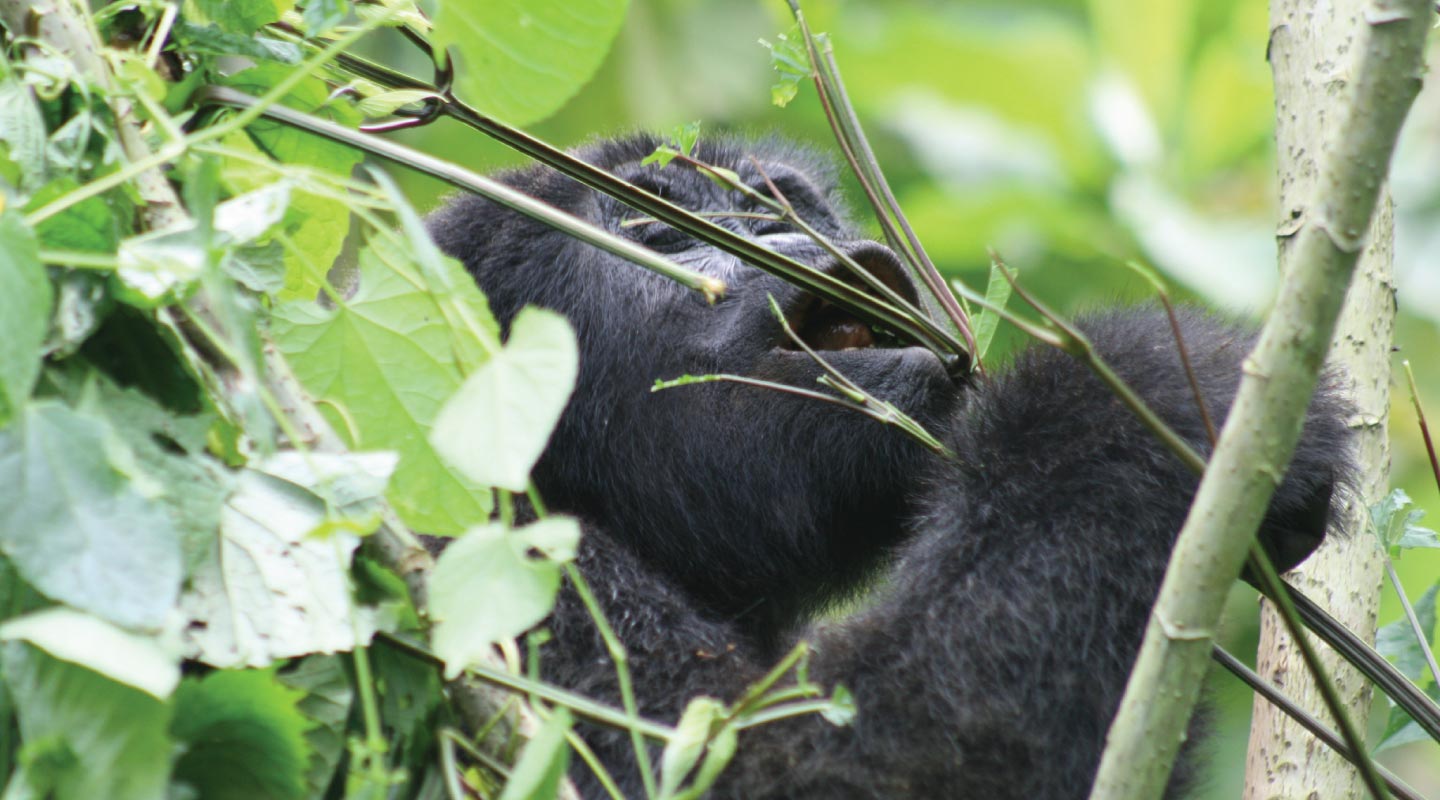 The Nshongi gorilla family group is named at the Nshongi River where they were first found where this group was discovered some years back.

The area where the Nshongi gorilla is usually found is a large forested area where you can also see other primates, birds, butterflies and the rich, thick rainforest of Bwindi Impenetrable Forest in Uganda.