Musambwa Island on Lake Victoria in Uganda, an Island inhabited by only men and Snakes but no women.

Musambwa island is a superstitious island in the interior of Lake Victoria in Rakai district which is approximately 5 km from Kasensero landing site on Lake Victoria. This Island derives its name from a local dialect Musambwa which literally means gods/ spirits in Luganda and appear in form of snakes. This name came about due to the overwhelming number of snakes in the area which are believed to be spirits rather than normal snakes.

Within an area of five acres and a population of less than 100 people, there are more than 2000 snakes that inhabit the island, it’s a ratio of over 20 snakes per person.

Musambwa island is occupied by approximately 100 men who peacefully reside with different species of reptiles especially snakes that are commonly seen in people’s houses as well as sharing beds with the men. Emmanuel Katongole 60 years old, had just arrived on Musmbwa island, he woke up one night, to find, there was a huge poisonous black cobra under his pillow. He then screamed for help, only to be rebuked by neighbors for scaring off good luck. Musambwa residents believe their island is full of spirits which must appear in form of snakes. So in Luganda, Musambwa means spirits. 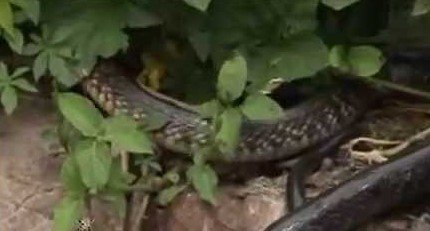 Musambwa island boosts one of the highest morality rates in the world given that no one can have sex there or else the spirits will humiliate him/ her and the entire population. This has saved the inhabitants from the deadly sexually transmitted diseases like AIDS that is common on other islands on the lake.

There are many activities on this lake which include nature walk along the rocky island, bird watching, seeing reptiles, sport fishing and guided water boats and many more. The vegetation on this island is mainly shrubby and stunted trees mainly ficus and the shore lines are rocky.

Besides over 2000 snakes residing on the island, there are reptiles and a very large number of bird species, it is also a breeding site for long tailed cormorant, greater cormorants and little egret. The different bird species include black crake, spur winged plover, grey heron, yellow billed duck, African fish eagle, pied king fisher, Squaco heron and many more that can be viewed with ease than other birding sites where one has to use binoculars. 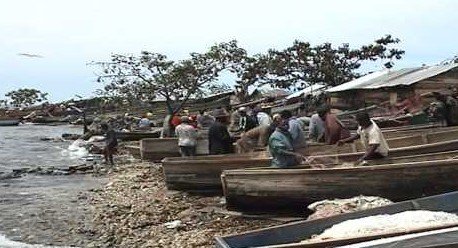 The Musambwa island is also known for rock pythons, cobras, vipers, and monitor lizards. These live with men pleasantly, they don’t kill snakes and reptiles do not bite them. There is a myth in this place says that a female and a male spirit came to the lake and separated, therefore the male spirit occupied the busier island which led to prohibition of women and sex on this island in order to please the gods/spirits. Therefore, no woman will be allowed on this island and men who wants to have sex, goes to the mainland which is about 10 km away, taking approximately 1 hour by motorized boat or have to travel to neighboring islands if they need sex. Anyone who annoys the spirits will attract punishment on the whole community on the island and must be chased away from Musambwa island

Musambwa island is one place, a tourist needs not to miss to discover the superstitious island.

Come discover the the unique culture of Uganda ” the Pearl of Africa”.