Nakayima tree is one of the strongest and oldest trees in Uganda, found on Mubende hill and is believed to possess spiritual powers that heal people, provide wealth and fertility. 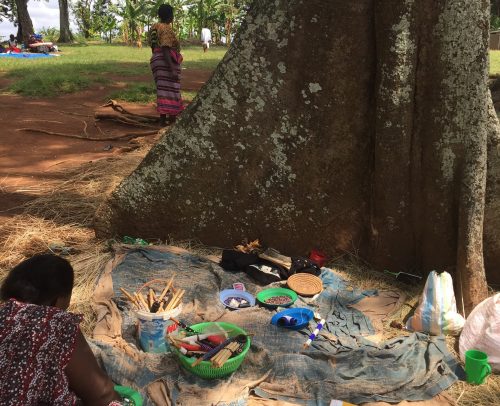 Nakayima tree is visited by traditionalists and people of all kinds from all over the country who come to offer Sacrifice to the tree in exchange of blessings like fertility, riches and good health from Bachwezi goddes who were believed to posses supernatural powers. It’s also believed that the bigger the offering the bigger the blessings so people bring offerings ranging from coins, drinks to animals like goats and cows The tree still shows the ancient African beliefs despite the coming of Christianity and modernity and is still a spiritual home for the Chwezi goddess which is respected by Baganda and Banyoro.

Nakayima was believed to be not only a keeper  of the tree but a mediator between people and Ndahura the  King of Chwezi dynasty through which the spirits would communicate. Nakayima also had mystic powers to bless barren women with children, cure and treat small pox victims back to full health and would be able to treat other diseases that were difficult to be treated by any one in community. 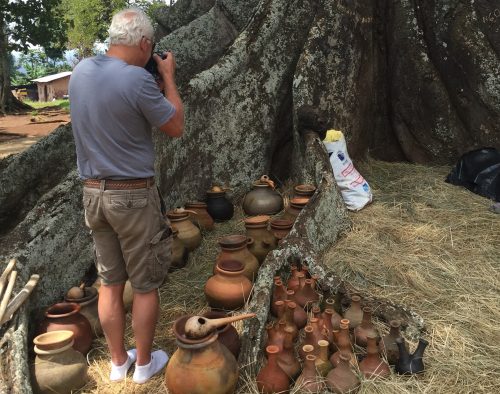 Nakayima tree sits on Mubende hill where excellent views of the town are got. The hill is flat topped like a table which is claimed to have been a fort for the Chwezi dynasty between 1350 – 1400 and was an official residence of Nakayima, a princess to Ndahura who was the last king of the empire.  It’s about 4km from Mubende town up hill, so visitors interested in Uganda cultural heritage and history can take a day tour or can make it a stopover before proceeding on their Safari to Fort portal and Kibale national park.

The tree with its strong roots has formed spaces between them and these are called rooms by believers. Each room is assigned a certain spirit like Ndahura, Nalongo Jajja Mukasa, Kilunda and Jajja Musoke. The area is managed by priestess or witches who smoke pipes of Tobacco or Marijuana believing that it allows them communicate to the spirits. There are guides to take you around, who have the knowledge about the history and beliefs of the tree that take you through every information about this oldest tree. A small fee will be required before guiding you around.

The 10 Most Beautiful Uganda National Parks