Kigali  City is the capital of Rwanda, located in the center of the country, Spanning several ridges & valleys with its lush hillsides, vibrant restaurant and nightlife scene.. The Kigali Genocide Memorial documents the 1994 mass killings in Rwanda, associated with the country’s civil war. The city’s Caplaki Crafts Village has stalls selling traditional handicrafts, including woodcarvings and woven baskets.

Spanning several ridges and valleys, Kigali today with its lush hillsides, flowering trees, winding boulevards and bustling streets, is arguably one of the most attractive capital cities in Africa, as well as easily one of the cleanest and safest. Kigali City today is a main entry point to most Uganda gorilla safari and Rwanda travel attractions.

Despite bearing the brunt of the genocide’s unspeakable horrors in 1994, Kigali has been the centre of Rwanda’s nation-building efforts since that time and has seen massive amounts of state and foreign investment pouring in over the past two decades. Indeed, the rebirth of the capital has seen a cosmopolitanism arrive in the city and Kigali now boasts a slew of new skyscrapers, several international hotels and a host of excellent eating options. Few Rwanda safaris travelers leave Kigali without being impressed by this plucky and charismatic survivor.

Kigali’s museums include the State House Museum and the Natural History Museum, both worthy of a visit if you’re in town with the latter having superb views over the city.

Perhaps the city’s best known landmark, and with good reason, is the very insightful and moving Kigali Genocide Memorial standing amid beautiful rose gardens and fountains. The memorial sets out the history leading up to the genocide in Rwanda and also explains other genocides around the world. It includes poignant displays of victims’ photographs and belongings, bringing the realities of the atrocities to life. While it might seem an unusual tourist attraction and can be upsetting, it does help to put into context how and why the genocide happened and to better appreciate just how far the country has moved on together in the intervening years. It also plays a vital role in educating Rwanda’s new and future generations about the genocide.

There are a number of smart shopping malls in Kigali city centre with some chic boutiques and coffee shops. But if you’re after something more authentic, take a stroll around one or two of its lively markets, you’ll usually be met with great friendliness. If you like browsing for curios and souvenirs from your Rwanda holiday, pay a visit to the Caplaki handicrafts cooperative, which sells a variety of local crafts.

Alternatively, the lively Nyamirambo area of Kigali is regarded as the most vibrant quarter of the city, known for its excellent tailors and hair salons, as well as its many bars and cafes. As with any city, take care if visiting at night but during the daytime, Nyamirambo Women’s Centre offers interesting walking tours around their neighbourhood that takes in their own craft shop, a typical Rwandan meal and the local market too.

Where to stay in Kigali City;

Hotel des Mille Collines – is set in Rwanda’s capital city: Kigali. It is a four-star international hotel with 112 rooms

InterContinental Kigali – Serena Hotels took over the operation of Kigali InterContinental Hotel on 1st February 2007, renaming it the Kigali Serena Hotel. The hotel group is planning construction of additional rooms, and also a general upgrade of facilities − please give us a call for the latest up-to-date information.

Lemigo Hotel – The Lemigo Hotel is a relatively low-cost hotel for those needing to overnight in Kigali at the start or end of their trip. It’s a large, international-style hotel, which opened in October 2010 and is close to the airport. The communal areas at the Lemigo are set around a central pool area.

These pre-planned Rwanda gorilla safaris are all-inclusive and can be customized to meed any traveler’s demands.

See the chimpanzee troops and walk the tree-top canopy 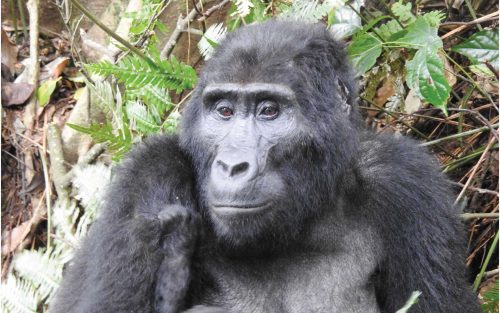 By Road: From Kigali to Volcanoes N.P for the gorilla jungle experience 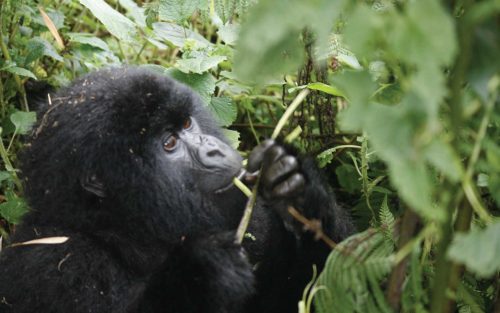 From Kigali, travel to Volcanoes NP and track mountain gorillas. 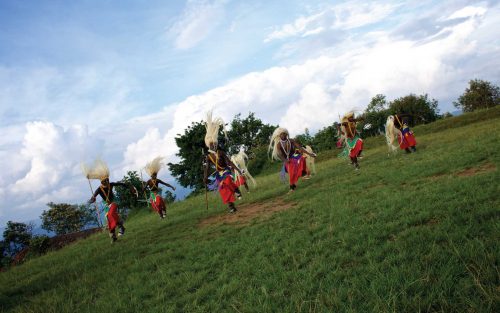 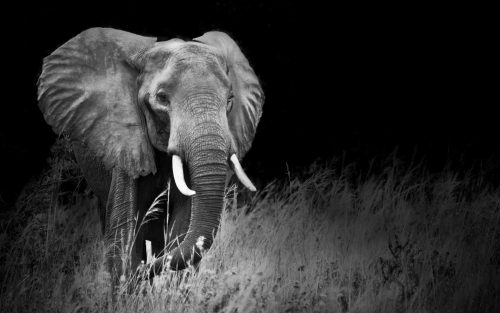 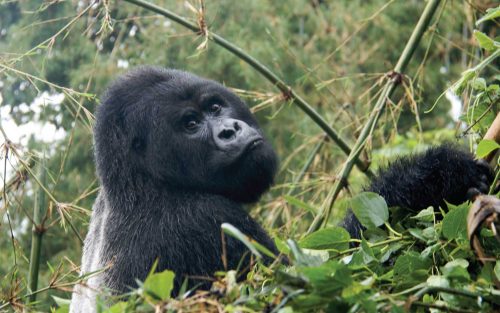