Things to do in Queen Elizabeth National Park Uganda 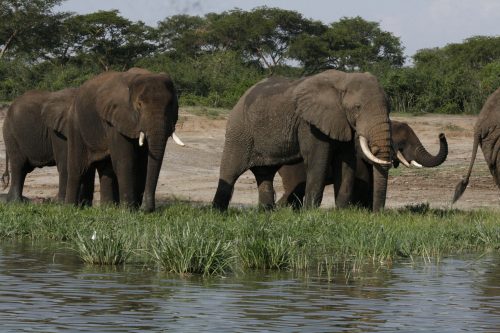 Queen Elizabeth national park has a great number of wildlife which include the big four out of African big 5 that is elephants, lions, leopards and buffaloes. There are over 600 bird species and more. These are all attracted by the great savanna vegetation, lakes, rivers, swamps and the forest cover in which they live. These animal can be seen during the morning and evening game drives in the northern and southern parts of the park. Visitors interested in African cats can also engage in experiential lion tracking to get a closer look at the lions. 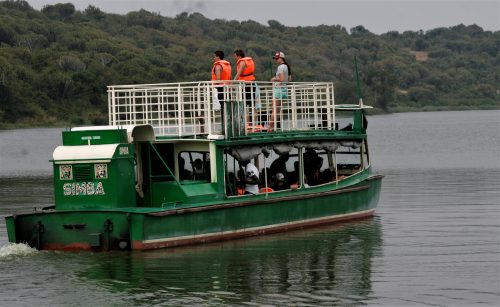 Kazinga channel is a 20 miles/ 40 kilometers long stream of water connecting Lake Edward and Lake George. It divides the Queen Elizabeth national park into two that is the northern and southern parts of the park. The boat cruise/ launch trip on the Kazinga channel that bring people closer to animals that come to the shores to drink water attract more tourists in the this park. Visitors get to see animals like elephants, buffaloes, crocodiles, hippos, waterbucks and more. There are also a number of birds that can be seen here at Kazinga channel and some of these include African fish eagle, little bee eaters, papyrus gonolek, pied kingfisher, pink backed pelican, avocets, African Skimmers, yellow billed storks and more. The Kazinga channel boat cruise last for two hours and is operated by Uganda wildlife Authority and Mweya Safari Lodge respectively at 30-36 USD per person. 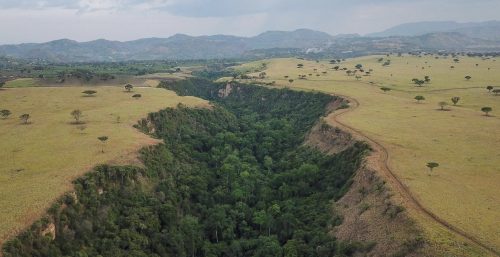 Kyambura gorge is a strip of rain forest well known for the great primates such as chimpanzees that call it a home. Visitors get to participate in chimpanzee tracking which takes place twice every day and visitors on this activity get to spend one hour with these great apes in their natural habitat. Tourists get to watch the chimps play, feed, groom each other and rest during the day. 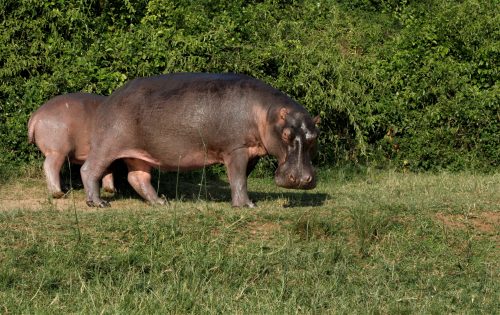 It is one of the most visited areas of the park, located on the northern part of Queen Elizabeth national park. Visitors usually tour the Mweya peninsula during the guided nature walk or game drive in the morning and late afternoon when animals are active. Animals here include elephants, leopards, and lions to mention but a few. 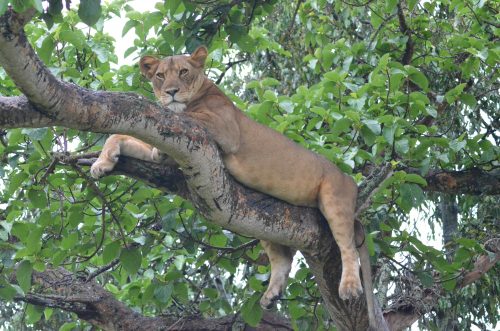 Located in the southern part of the park, Ishasha sector is well known for tree climbing lions that lie lazily up in the fig trees and acacia trees. These can be spotted during the morning and afternoon game drives. There are other wild animals that can be encountered during the search for tree climbing lions, these include; leopards, Uganda kobs, antelopes, lots of bird species and more in Ishasha sector. 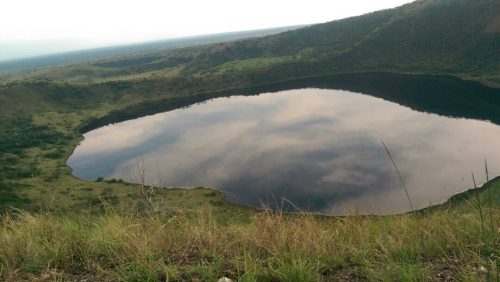 Queen Elizabeth national park is located in the western rift valley and so there are many volcanic craters in the park. These crater lakes offer great scenery and photographic scenes. They are 10 crater lakes and some of these include Lake Katwe, Lake Nyamunuka, Lake Munyanyange, Bunyaruguru crater and more. These crater lakes attract tourists and can be toured during the game drive safari, nature walks and hiking. 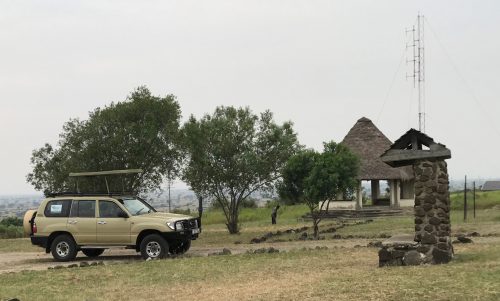 Queen Elizabeth national park is crossed by the equator and marked with a white big ring where visitors can stop and take pictures. Visitors can also buy coffee, maps, gifts and souvenirs from the craft shops near the equator.  The queen’s pavilion was built April 1954 when the Queen of England visited Uganda and later renovated for the royal guests. 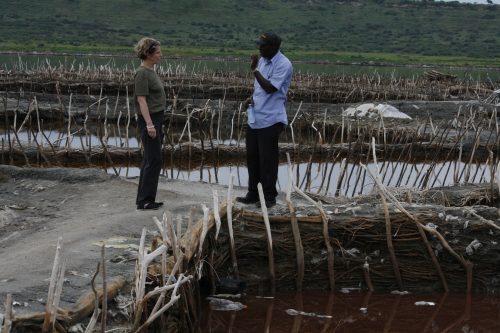 Lake Katwe found in the northern part of Mweya peninsular is one of the productive crater lakes found in Queen Elizabeth national park. Lake Katwe is salty because it lacks outlets but has inlets. Visitors tour around the Germany salt factory that stopped working and learn about its history. Visitors are guided through the process of salt mining and watch the men and women mine the salt. Their stories are emotional. 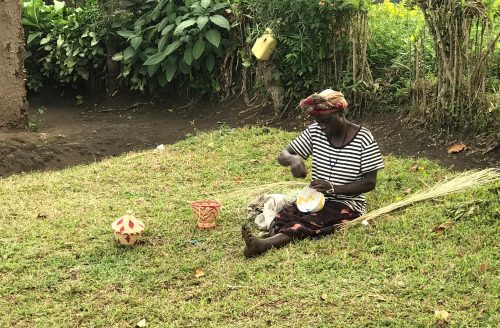 Queen Elizabeth national park is occupied by a number of communities hence called a biosphere reserve. (People live together with wild animals in this park) Visitors get a chance to visit these communities to meet and interact with local people and learn about their daily lives. Some of these include the leopard village, Kikorongo women community, Katwe village and more. Tourists are entertained through songs, dances and drama that talk about the village life and history. Tourists can also buy arts and crafts from these local people that make them to earn a living.

Queen Elizabeth national park is found in western Uganda and can be reached by a 5-6-hour drive from Kampala city through Mbarara. This Safari park is also accessible from Bwindi impenetrable forest and Kibale national park through Kasese town. Queen Elizabeth park is open to visitors all year round with the best time to visit being in the dry months of June to September and December to February.

The 25 Best Safari Lodges in Uganda