Top Places to Visit & Things to do in Kigali, Rwanda

TOP PLACES TO VISIT IN KIGALI CITY, THINGS TO DO & TOURIST ATTRACTION IN KIGALI RWANDA

Discover the top places to visit in Kigali City & things to do during your stay. Kigali, the capital city of Rwanda is one of the cleanest and safest cities in Africa. Kigali city is located in a region with rolling hills, valleys and steep slopes. The city hosts a number of tourist attractions that portray Rwanda’s history, culture and traditions. Some of the top places to visit and things to do in Kigali by every visitor to add on their to do list while in Rwanda’s beautiful city include. 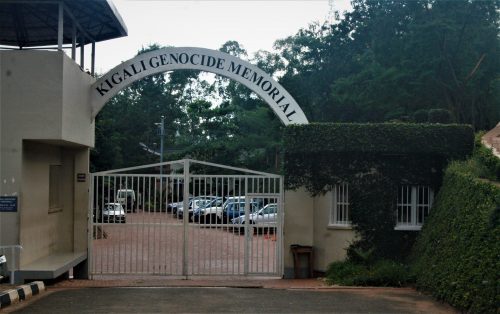 This is on of the top places to visit and  keeps the memories of the 1994 genocide against the Tutsi in Rwanda. It’s believed that over 800,000 people were killed in less than 100days and about 250,000 were buried at Kigali genocide memorial. Some of the remains of these people are buried here and the center continues to show how far such evil acts can go and teach peace that it should never happen again in Rwanda. Kigali genocide memorial is located a few meters from the city center about 10 minutes’ drive on Gisozi hill. This genocide center is one of the major six genocide centers that commemorate the 1994 Rwanda genocide.

Thousands of visitors both local and international flock this place to remember the lives of the fallen victims of the genocide. It was opened in 1999 and the remains of people that were killed and left on streets or thrown in the river were brought and buried here. The Centre has pictures of some people that were killed their names, their belongings like clothes and some tools that were used in the genocide. It’s a place of grief and sorrow though it also promotes peace and shows the life in Rwanda after the genocide. 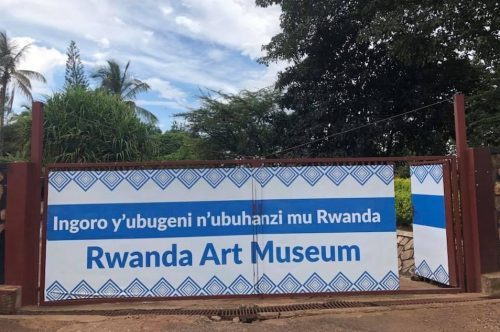 The former presidential Palace Museum is now the Rwanda Arts Centre. It’s one of the eight museums that form the institute of national museums of Rwanda and currently it displays great works of art both from local and international artists. Rwanda arts museum is located about 4km from Kigali International airport in Kanombe. The museum exhibits the history of Rwanda and the life style of the former president of Rwanda Juvenal Habyarimana. The museum houses the debris of the presidential jet that was shot down in April 1994 which sparked off the Rwanda genocide. Visitors are guided through the different room learning the history of this palace and the presidential lifestyle. 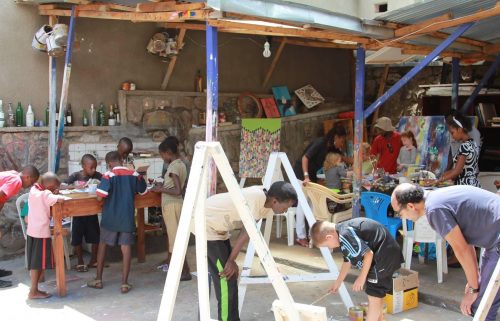 Inema was started by two brothers Nkuruziza and Nkuranga who are self-taught painters in 2012 with the aim of tapping the untapped potential of art in Rwanda and to provide exposure to creative people and create employment for un deserved Rwandese communities. The center provides space for 10 creative artists who reside and explore their art talent at the center.

Inema arts center showcases paintings, sculptures, traditional crafts, mixed media expressions and performs dances and music on some days of the week. Visiting the center allows you a chance to see the creative arts produced by the artists and also have a chance to see the artists do their works live. They also conduct programs to expand creative arts in Rwanda through trainings, workshops and hands on classes at the center. Visitors can buy art pieces to carry back home. Inema arts center can be visited on any day of the week. 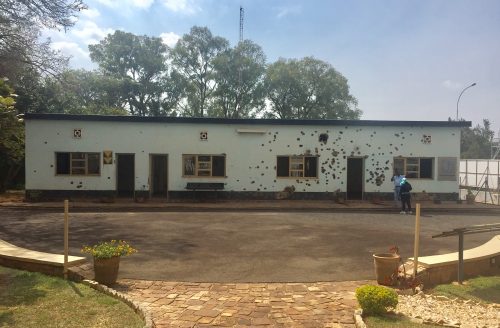 This is a memorial site for remembrance of the 10 Belgian soldiers who were murdered on 7th April 1994 the day after the beginning of Rwanda genocide while guarding the Rwanda prime minister Agatha Uwilingiyimana who was against the attack of the Hutu on the Tutsi. Camp Kigali is located in Kigali city approximately 30 minutes from Kigali international airport.

At the site, there are 10 stone pillars that were erected in remembrance of the 10 Belgian soldiers that were massacred by the presidential guards. Each stone represents each soldier with their initials and line markings showing their age. There is also a building in which 6 of the 10 soldiers fought for their lives until they were killed. The building has been maintained and you can see the gunshot holes where the killers shot excessively in order to kill everyone that had taken refuge inside. You can visit this place to learn about the dark past of Rwanda. The country is now peaceful and highly developing. 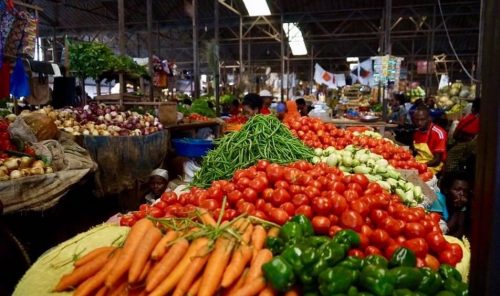 This is one of the biggest and busiest markets in Rwanda occupied by locals going about their businesses. Different items are sold here ranging from fresh foods to clothing. Visitors can shop for foods like fresh fruits, fish, eggs, local kitenge, souvenirs, fabric, home supplies, gifts and so many more. Kamironko market is a one stop shopping center.

Visitors can choose to go shopping in the market or just go on a tour on how people go about their business. Porters are available and can be hired to carry your purchases and guide you through the market since they know the market in and out. The porters can help you in selecting the best sellers, bargaining for the lowest price and an interpreter since most of the people in the market hardly speak English. 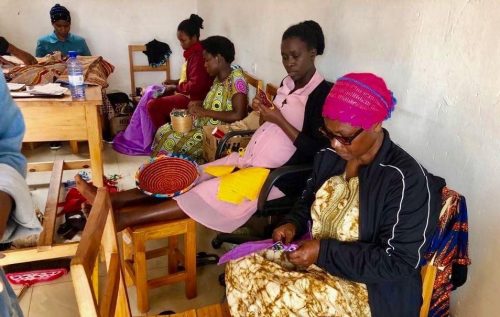 Is a non-governmental organization started by a group of 18 Rwandese women with an aim of promoting gender equality and eliminating gender based violence and discrimination. The center trains women in computer skills, handicrafts which help in creating employment for the local women.

Visitors at Nyamirambo women’s center (NWC) get to walk on the streets on Nyamirambo to engage with the locals, participate in preparing and sharing a meal in a local homestead, tour the weaving section of the center and end with visiting the hair saloon, if adventurous you can get your hair plaited or styled in the saloon. Don’t miss visiting the Nyamirambo women’s center because your visit impacts a lot on the lives of many local women in the community. 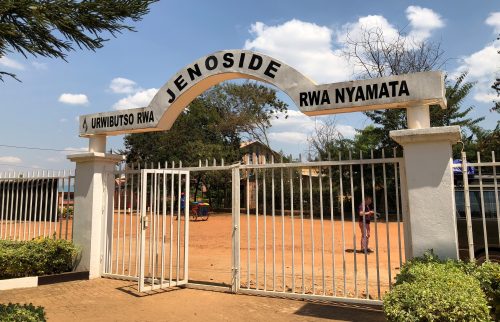 Nyamata is one of the places that still hold the remains of the killings during the Rwanda genocide. More than 45000 Tutsi people were killed by the Hutu around this church. Their remains like skulls, bones and belongings like clothes lie in this church. On a visit to Nyamata church a guide one of the survivors of the genocide will take you around showing you the blood stained clothes and benches, the spots and marks left by rockets and grenades on the doors and ceilings. The church was converted into a memorial site after the genocide and it consists of a chapel filled with clothes of the deceased, a room beneath the chapel where remains of those killed in church are displayed and mass graves behind the church where many people were buried.

Ntarama genocide memorial is located in Bugesera region about 35km from Kigali city. few kilometers before Nyamata village. This genocide memorial at Ntarama church shows the reality of the Rwanda genocide that happened in 1994 between the Hutu and Tutsi. Over 5000 people were killed at this church and their belongings and remains can still be seen within Ntarama genocide memorial. The Tutsi people sought protection at the church since in the past wars in Rwanda people always respected church though it was different during the genocide in 1994 that any place that kept the Tutsi people was gunned down by the Hutu. 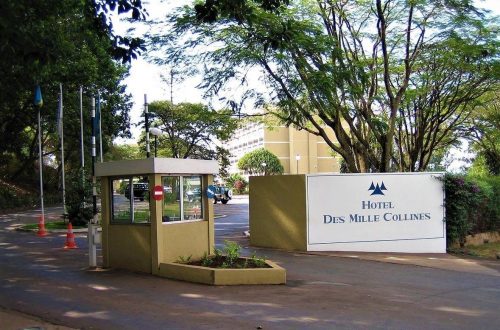 This Hotel is located in Kigali Rwanda well known for its history and the role it played in the Rwandan genocide of 1994. It is one of the best hotels in Rwanda that offers great views of Kigali city, it has over 10 rooms, a fitness center, swimming pool and a restaurant. The hotel is featured in the movie called Hotel Rwanda in 2004. This hotel provided safe hiding place for over 1000 people during the genocide. This makes it more historical as one of the top places to visit and and things to do in Kigali city. 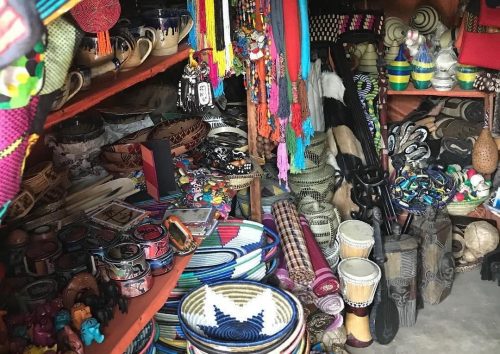 Caplaki craft village is comprised of over 40 bright colored stalls that look alike but are individually owned. They offer a wide range of crafts from Rwanda and the neighboring countries like DR Congo, Uganda and Kenya. The crafts sold here include bags, necklaces, kitenge fabric, shoes, and so many more in different sizes, colors and designs. The prices are negotiable and the craft village is open from 8am to 8pm all through the week. Buy all your souvenirs from Caplaki craft village and have a talk with the local merchants. 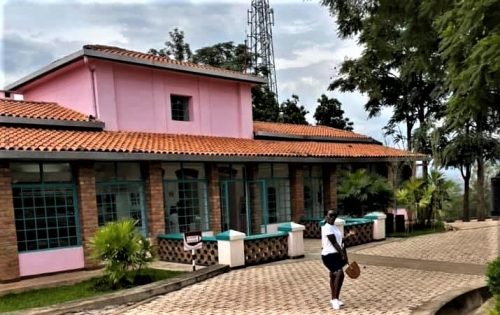 Amongst other top places to visit and things to do while in Kigali, There is also Kandt house which was a home to the first Germany governor of Rwanda known as Richard Kandt built in 1908. It’s now a museum that showcases the life before and after colonialism, the flora and fauna of Rwanda and more about Rwanda’s history. The tour around the museum takes about 1 hour with a guide to help you understand more about Rwanda.

7 Reasons Why You Should Visit Rwanda

How To See Gorillas in Uganda and Rwanda